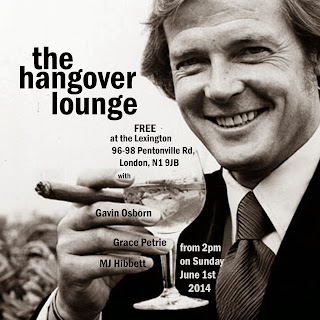 Gavin Osborn sings about break-ups and girls. And occasionally, burgers, clown-costumes and cryogenic freezing. A lyrical feast for the wistful, the hopeful, the lovelorn and the losers. In his own words.

He has recorded three albums for Banquet Records - In The Twee Small Hours, Meeting Your Heroes, and Come On Folks, Settle Down. He is regularly on BBC Radio 4, has co-written heart-warming midnight story-shows with comedian Daniel Kitson, with whom he toured the UK in 2010, supporting Belle and Sebastian.

Here he is with Kitson at Latitude:

"Gavin Osborn writes minutely detailed, bittersweet story songs on his acoustic guitar and sings them with a comic timing usually absent from his anti-folk contemporaries." - Stewart Lee, The Sunday Times

Grace Petrie is a songwriter, activist and performer from Leicester. She exploded onto the national protest scene in 2010 with the emotive anthem Farewell to Welfare, which captured perfectly the spirit of the new wave of dissent in austerity Britain. Since then she has quietly become one of the most respected independent songwriters working in the UK today.

Her young career boasts three studio albums and national tours with Emmy the Great, Josie Long and Robin Ince, as well
as a string of festival performances including Latitude, End of the Road and Glastonbury.

In 2012 she appeared on Channel 4's Random Acts, in a video made by award-winning director Chris Shepherd for her song "Rise". She has been featured in the Guardian, Diva Magazine and named 'one to watch' the Independent on Sunday's Pink List. She has appeared
on BBC Radio 4's The Now Show, and writes brilliant third-person autobiographies.


MJ Hibbett has performed live on Radio One, had a Record Of The Year in Rolling Stone, an Album Of The Day on 6Music, released one of the first ever viral videos, inspired a character in Judge Dredd, toured all around the world, very narrowly avoided writing an autobiography, and taken five productions to the Edinburgh Fringe, all independent of
record companies or management. He doesn't expect a medal for it, though a pint would be nice.

The Understudies are launching their finger-snapping, rump-shaking debut album, Let Desire Guide You Hand, on Sunday March 30 with A Little Orchestra.

You won’t have forgotten their 2013 star turn at our Lost Weekend:

And A Little Orchestra, the hardest working orchestra in showbusiness, will be playing a set of their own, too.

Enderby’s Room, meeting all your indiepop folk needs since 2012, make a welcome return. They were very good a year ago. They’re better still now.

Tickets are a mere £4, or £12 if you fancy a side order of The Understudies’ album with your ticket. And if you’re a fan of Spector pop and Smiths jangle, the £12 option is recommended.