... which we'll be giving away to the first 20 or so people who ask for one this Sunday. Pam Berry and Mike Jones are playing records, too, which is a better reason to come.
Posted by Tim at Saturday, August 31, 2013 1 comment:

Coming up in the remainder of August and also September too!

In the words of the song by Twice As Much which I've been playing quite a lot lately, The Summer's Ending. Minds turn sadly to the long slog through to Christmas, shortening days and coldening weather. Chin up though! For any given misery-drenched Monday morning there's the opportunity to stave off the dread of the week ahead with a Sunday afternoon kicking back at the Hangover Lounge.

SUNDAY THE TWENTY FIFTH OF AUGUST: Bank Holiday Sunday, no work tomorrow, no need to hold back on that delicious bottle of American beer which you've been eyeing but turning down due to good sense. We have top drawer guest DJs to entertain and beguile you as well, by which I mean Messrs Pete Astor and David Sheppard returning once again to grace the Lexington. Learned, erudite, and as much of a pleasure to hear them DJ as it is to hear them play. Our advice is to come along and get pleasingly drunk.

SUNDAY THE FIRST OF SEPTEMBER: Two of our favourite people in the world, people who've been our regular collaborators and co-conspirators, goodness knows how many times they've DJed for us and yet they never get boring: the two and only PAMELA BERRY and MICHAEL JONES. If I wasn't going to be there anyway I would be saying "I am SO there" right now.

SUNDAY THE EIGHTH OF SEPTEMBER: Another guest drawn from our friends and regulars. You know Nick Pettigrew? Quite likely you've met him at the Lounge at some point, putting the rest of us to shame with his dapper demeanour and ready wit. He also has exquisite taste in music and is going to demonstrate such for us.

SUNDAY THE FIFTEENTH OF SEPTEMBER: PHWOAR! First of all we have LIVE and 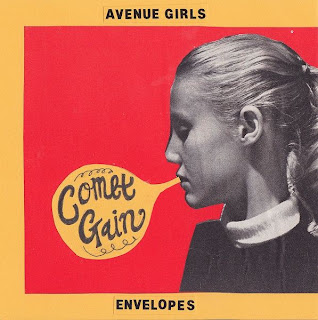 unamplified music upstairs in the usual style, this time featuring none other than the not-less-than-legendary COMET GAIN! Plus as yet UNANNOUNCED ADDITIONAL LIVE TREAT(S). Which we'll tell you about in due course, of course.

Not only that but we will be welcoming for a first-ever Hangover Lounge guest spot DAVID CALLAHAN of The Wolfhounds (and indeed Moonshake, amongst other good things). I first saw David play live seventeen years ago, give or take six weeks. He's been something of a hero to me ever since and I can't wait to hear him play records.

More on all of these shenanigans sooner rather than later.


SUNDAY THE TWENTY SECOND OF SEPTEMBER: another lead singer of one of our favourite ever bands getting busy with the Lexington dexington, this time Mister Josh Gennet of the band "Holiday" and the quality "Awesome". He's DJing and he will be an absolute wonder, as always.

SUNDAY THE TWENTY NINTH OF SEPTEMBER: he was the bassist in Help Stamp Out Loneliness and Language of Flowers, he's a firecely fine fellow and he hasn't DJed for us in far too long. His name is Colm McCrory and we, collectively, love him. And we know you do too.

Blimey! That was a lot to tell you about. You can stick your summer where the sun don't shine. This month-and-a-bit is going to be fantastic!
Posted by Tim at Monday, August 19, 2013 2 comments:

ENDERBY'S ROOM: one of those bands you know you like, and when you hear them you realise you really, really like them, right? That's how it works for me, anyway. Enderby's Room will be playing live and unamplified on Sunday, and Im very pleased about that because I was out of town when they played at the Union Chapel recently and everyone came back raving about how good they were. Are.
Listen:

As well as Enderby's Room we will be genuinely delighted to welcome another live act on Sunday, but we can't tell you who they are. You'll be pleased if you come, that's all we're saying.

And if that isn't excited enough then our friend and all-round top quality human being BILL from the band Allo Darlin will be gracing us with a DJ set.

We'll be there from 2pm as usual. All the live music fun will start somewhere around 3.30pm, depending on the extent to which we have our act together. Come and say hello.
Posted by Tim at Wednesday, August 07, 2013 1 comment: