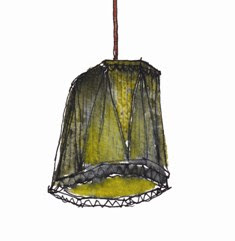 This Sunday, 29 May, the Hangover Lounge turns 3. To mark the occasion, Darren Hayman has designed a poster which we'll be giving away along with CDs and commemorative beermats to the first 30 punters through the doors.

There's even more! Darren will be donning the house cans for some soothing beat matching as our guest DJ.

Apologies to anyone who was misled by this post's title and thought that Darren Hayman was taking the place of Nick Cave in a reincarnation of The Birthday Party.
Posted by Ben at Wednesday, May 25, 2011 1 comment:

Moon Horse vs. The Mars Men Of Jupiter is a brand new two-man science fiction rock opera which will be appearing at this year's Edinburgh Fringe (as part of PBH's Free Fringe), Camden Fringe, and touring the country.

First, though, there's a London premiere at the Hangover Lounge on June 19 at 3.15pm. Steve Hewitt bravely answers some questions and gets confused by simple maths:


Can we expect a mash up of moonpig.com and My Lovely Horse?
I don't know why people seem to automatically say moonpig instead of moonhorse, I mean the two things couldn't be more different. One is a slightly dodgy internet-based card company and the other is an amazing super hero from outer space who has an awesome series of adventures with his good friend Geoffrey Livingstone battling the dreadful (and rather stinky) Mars Men of Jupiter.

Did an asteroid destroy Dinosaur Planet?
No, we just thought it was time to move on, although the Real Actual Proper Concept Album With A Gatefold Sleeve And Everything will hopefully be out before the end of the year (I'm not committing myself to which year at this point). It has a proper cast of actually semi-famous people in it and everything. I'm barely in it at all.

The Dinosaur Planet itself (Mr Squish to give him his real name) is living in peaceful retirement Chez Hibbett.

The Hangover Lounge prides itself on its family-friendly environment. Can you assure our patrons that there will be no swears, full-frontal nudity or jeggings in your show?
There are, I'm afraid, two proper swears in the show, but they are both entirely artistically valid and are both about The Secret Evil Empress of England (Scotland, Wales and Northern Ireland). She is a
Very Bad Lady. I'm sure viewers of all ages will be glad when I say nudity and jeggings are both definitely off the menu though.

On the music-comedy scale of 1-10 where 0 is those cuntin’ Halifax Radio adverts and 11 is Spinal Tap, where is Moon Horse? Please show your workings.
Hmmm, tricky one. Given that our show at the Hangover Lounge comes only three days after the world premiere (in Northampton, of course) it's a bit early to tell what heights of satirical mirth-making we
will reach. I pledge on my life that we will be better than the Halifax ads though...

Your partner in rhyme, MJ Hibbett, suggested last year that you had joined him in the world of musical theatre so you could sport a cravat and indulge in a wave of homosexual affairs. Is this what psychologists call projection?
It's not for me to comment on Mr Hibbett's artistic bent. I myself continue to own precisely 0 cravats however.

Have you bought yourself some theatre sandals this year?
Long term devotees of Mr Hibbett's flyers will be pleased to note that his toes are not visible this year, I think I've weaned him off the sandals. It's all 10 Hole Black Docs round my way innit...
Posted by Ben at Monday, May 23, 2011 1 comment:

What a wonderful event Sunday turned out to be. The Mexican Postcards put on a great show. The footage is very grainy, but then the lights were way down low: